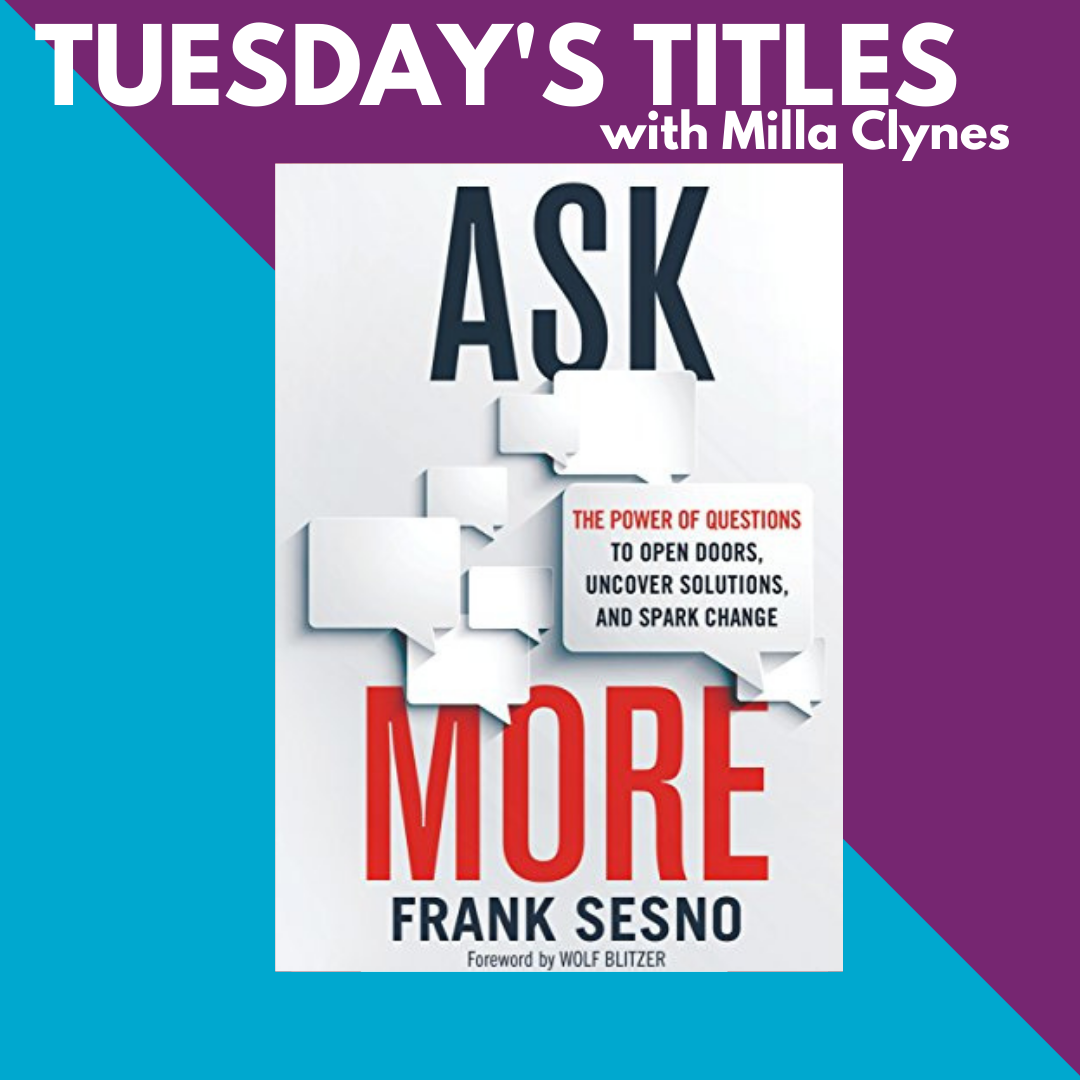 To make any conversation meaningful and powerful, what is the most important thing to master? Not what you are going to say to the other person, or how clearly you make your point, but rather the quality of the questions you ask. This book is a breath of fresh air to anyone who lacks the natural ability to come up with just the right question at the right time (which I guess is most of us).

Like many others, I love to hoard good questions that then stay in the back of my mind and hopefully come out at the right time in the right conversation. The quality of questioning can be crucial in terms of creating engagement, solving complex problems, and encouraging innovation and change.

This book focuses solely on questions and how they are at the heart of every conversation. Author Frank Sesno is an Emmy Award-winning journalist and has decades of experience in questioning people in all walks of life. He breaks down the art of questioning into 11 categories of questions, each designed for a different purpose.

Each chapter is dedicated to a category of questions and is filled with interviews and stories about how questions proved to be crucial in a variety of scenarios like battling malaria, saving troubled organisations, connecting with someone on an emotional level, holding politicians accountable, and innovating new business models.

It’s a must-read for business leaders, coaches and consultants – I keep coming back to it every time I need a refresher on a question category, and I pick up something new each time. 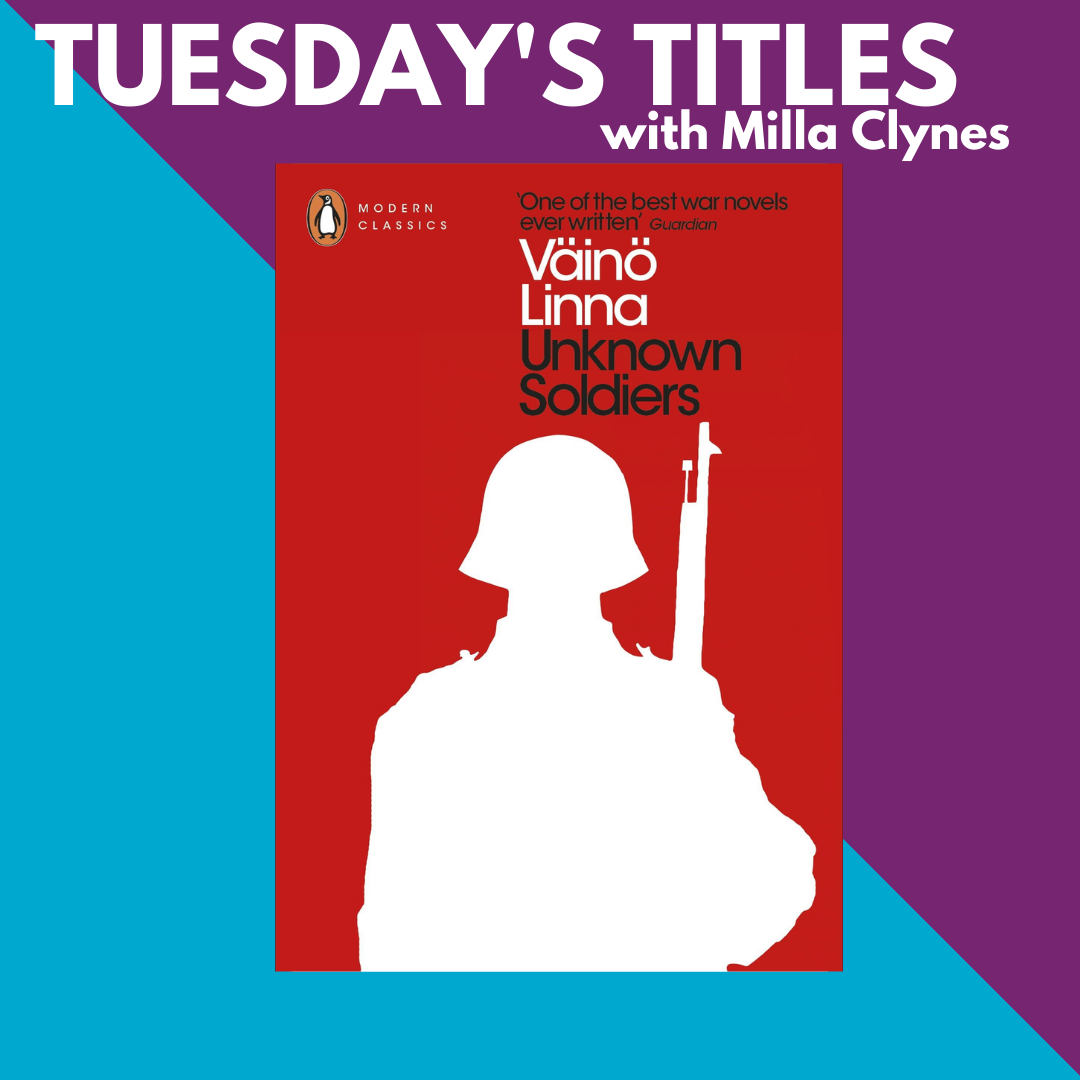 The Unknown Soldier by Vaino Linna

“There they stood, bumbling into lines with a bit of difficulty: Mother Finland's chosen sacrifice to world history”

The Unknown Soldier was originally published in 1954 in its original language of Finnish. It’s a war novel by Finnish author Linna and is to this day listed annually in the top 3 books that everyone in Finland should read in their lifetime. It tells the story of the Continuation War between Finland and the Soviet Union during 1941-1944 from the perspective of a group of ordinary Finnish soldiers. Although it’s a fictional novel, Linna’s own experiences during the war feature heavily and add to its realism.

The gritty and unromantic story follows a group of machine-gunners argue, joke, swear, bum for cigarettes, and occasionally try to steal food from the kitchen. They do what they can to deal with both the boredom and the horrors of war. It was the first book in Finnish literature to move away from a romanticised image of noble and obedient Finnish soldiers who bravely sacrificed themselves to keep their country free. Instead, Linna presented a more realistic version of war, the brilliantly crafted characters have independent and sometimes critical ideas on many things, including war, politics and religion. The characters, expertly developed throughout the book, show human feelings such as fear, rebellion, anger and a fair sense of humour.

When it was first published, only 10 years after the end of the war, it was met with mixed reviews, fierce resistance to the idea that soldiers were ordinary human beings, and created widespread and heated public debate. However, it has since become one of the best-loved books in Finland and even hailed internationally as one of the best war books ever written. It honours the dogged determination or “sisu” of a small country that fought and held back a much bigger invader. It celebrates the bonds of brotherhood forged between the men as they fight for their lives and created a shift in the collective memory of the war in the collective Finnish psyche. It most certainly contributed to my own philosophy of pacifism.

In my family, this book was a staple diet from a young age, we ‘knew’ the characters intimately and laughed, cried, fought, and cowered with them. And as in so many other families, lines from the characters were quoted at the dinner table ad nauseam over the years, and there are plenty of memorable lines to choose from. The book is available in 20 languages including English, and the three film adaptations of it (especially the first black and white one) are also well worth watching.